“Amazing things are happening in our school.”

Walkerville Principal and Athletic Director Joe Conkle said he is blessed to be raising his family in rural Oceana County, where he grew up.
The Walkerville Board of Education selected Conkle, 34, as principal of its K-12 school in August 2018.  For the six years previous, Conkle was a secondary school social studies teacher and assistant school administrator at neighboring Hesperia, where Conkle himself graduated in 2002.
“The small-town atmosphere is what I love most about this place,” Conkle said. “I like knowing my neighbors and the feeling of a close-knit, welcoming community.”
Walkerville is one of few schools in Michigan, Conkle said, where a student can walk in the door as a kindergartener, and walk out the same door as a high school graduate.
He said it is his earnest desire to raise Walkerville School’s reputation. Although small at 264 students, Walkerville offers students about as many opportunities as larger nearby schools in Hart and Shelby.
“When you’re small, you get overlooked,” Conkle said, “even if you’re doing amazing things.”
Many of Conkle’s favorite boyhood memories took place on the Walkerville dairy farm of his grandfather, Jerry Mansfield. Conkle and his grandfather still cultivate about 200 of that 600-acre farm today, although their primary crop is now hay. They also have a small herd of beef cattle.
Conkle had an opportunity to play football at Alma College, but figured he wouldn’t get substantial playing time. Instead he enlisted in the Army after high school with a plan of earning his college education via the GI Bill.
Conkle had three years of active duty – including a one-year deployment to Iraq – and served six additional years in the Army reserve.
Academic credits he earned through Western Kentucky University while stationed at Fort Knox were transferred to Muskegon Community College, where Conkle completed an associate’s degree.
He completed a bachelor’s degree in education at Ferris State University in 2010, and then taught at Baldwin and Fremont. Conkle completed a master’s degree in educational leadership while working in school administration at Hesperia.
In the recent past Walkerville has employed one educator-leader to fill both the superintendent and principal roles, but Conkle said that as a new principal he is pleased that the school board hired retired Sturgis superintendent Dr. Tom Langdon on a part-time basis to be its superintendent.
“It would be very challenging for one person to perform both the superintendent and principal roles well,” Conkle said. “A principle handles curriculum, development and discipline in a building. You have to be there. The superintendent role takes you out of the building for leadership meetings and regional conferences. Doing both seems impossible.”
Also presenting administrative challenges are Walkerville’s small enrollment, he said. There are 15 to 17 students in each grade, and numbers dwindle by 30 to 40 students in winter when children of migrant agricultural workers are away.
Professional Learning Teams (PLTs), which provide teachers with more direct professional-to-professional support, have been created to allow teachers more input and feedback on curriculum and teaching methods. “It’s all good,” said Mr. Conkle. “We have incredibly talented and caring teachers here.”
Enrollment doesn’t justify offering classes more than once, so students entering high school chose a college-prep or vocational track. High school teachers carry a yeoman’s load, typically teaching five different classes each semester.
Conkle and his high school sweetheart, Breann, have two daughters and two sons: Sarissa, Evan, Graham and Amelia.
In his leisure time, Conkle enjoys outdoor activities, especially hunting. He and his father took a recent trip to Africa to hunt plains game.
A favorite memory is a hunting trip to Montana with his grandfather, father, uncles and male cousins. 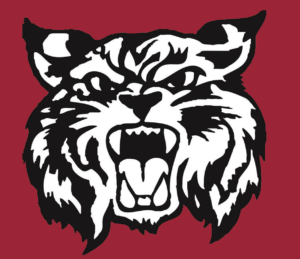